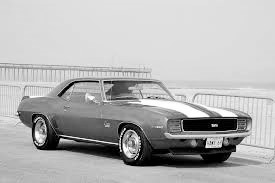 When was the ﬁrst time that you knew what it meant to be alive, to have a mortality?

The afternoon of that day was dreamy, the sort of afternoon where the waning sun whispered nap on a seven-year-old’s body. I was buckled into the passenger seat beside my mother as she drove me and three of my siblings home from Lighthouse Beach in Evanston.

A metallic blue hotrod whizzed around our lazy car, waking me and darting into a quiet stretch of Evanston.

“Mom, why can’t you get a fast car like that…” I had begun to ask, when no more than fifty feet ahead, a teenaged bicyclist crossed the street.

Even today, I can see the cinematic motion of the cyclist tumbling in mid-air above the blue car, dropping with a motionless thud on the shiny hood of that screeching car.

And, with the symbolic paradox that ﬁlms often afford us, the bicycle somehow traversed the rest of the street by itself, falling with a quiver on the parkway’s green grass.

It was then that I began to understand that I had a mortality.

Today, some amazingly judicious people — your teachers — recognize the emergent beauty of your mortality. Today, we celebrate your scholarship, your leadership, your service to others, and your character. We honor you, not only for what schools most honor students, the ﬁnesse and power of your heads, but also for the generous and steadfast power of your hearts.

And, while the recognition of these four rich qualities in you is the recognition that you are becoming more ready to encounter a world whose conﬂicts and challenges are many, of themselves, these qualities may not be enough.

Tonight, I offer you a proposition, one which, ironically, would render NHS “outdated”: for you, NHS must evolve into IHS.

For our world to survive, indeed, to thrive, we will need international societies of honorable young men and women, bound by their common commitment.

They will be intellectual, able to lead humans and technology with equal aplomb, but always with a greater reverence for the former, always devoted to the betterment of others.

So, in this world stacked with ﬁght-to-the-death-or-injury-of-you-or-me conﬂicts about race and religion, gender and class, tribal affiliations and political ideologies, environmental versus corporate resources, what will distinguish the great international leaders?

Simply, you, a potential great leader of our world, will most need to know yourself. To be aware and sensitive to the complexities and challenges of our world and its people is indeed important, but without an understanding of yourself in that world, that awareness of the external world is like, dare I say, the human head and heart without breath. To respect the humanity of others is virtuous; to respect the humanity of others knowing our own offers transcendence for all of our humanities.

The ancient Greeks knew this: in Delphi, the Temple of Apollo pronounces it simply: “Know thyself.” In knowing ourselves, we come to recognize our own beauty and richness, like yours that we celebrate tonight.

And, we come to understand our own capacity for greed, for selﬁshness, for using others at our own beneﬁt — the darker sides of our mortalities.

Presently, some of us here are reading Shakespeare’s King Lear together. Believing that his daughters, Goneril and Regan, have done him wrong after he resigns his splendid dominion, Lear descends into a dark madness, railing at all but himself for his misfortune. He believes that his daughters have been selﬁsh, ungrateful wretches, hellbent in their pursuit of power.

We watch as he blames them, even descrying nature and the divine, for not understanding his conception of the cosmos: he is to be the sun, they the outer planets. We watch as their conceptions of the universe collide, with tragic results. Despite his kingship — or maybe because of it, Lear fails to comprehend his own selﬁshness. Likewise, his daughters fail to understand their own. Together, they fail to understand Apollo’s simple edict, and, inevitably, the kingdom cannot sustain those degrees of self-interest.

Our planet cannot sustain itself in the face of so many and so violently conﬂicting self-interests, with every side proclaiming its righteousness. Our planet will transcend these complex conﬂicts, like that devastated bicyclist who now practices medicine, through the power of your, and others’, scholarship, leadership, service, character, and, above all, an understanding of your own self.

In time, you will leave this school. You will walk away with the imprimatur, the stamp, of “National Honor Society” on you. Colleges, universities, and employers around the country will know that the individual whose application sits before them has a well-earned respect.

I urge you to make it more than that. I urge you to use the power that your head and heart and this imprimatur give you to create a world in which others will say, someday when reﬂecting upon your mortality, that

“Once upon a time, you truly breathed life into this world.”

This site uses Akismet to reduce spam. Learn how your comment data is processed.